The Caltex Socceroos have completed their preparations for their FIFA World Cup™ opener with a familiarisation session in the Kazan Arena ahead of tonight’s (Saturday 8pm AEST) battle with France.

And the squad received some high-level support with three players receiving a FaceTime call from the Prime Minister of Australia.

The squad then had a chance to get onto the pitch where they’ll do battle with France - live on SBS and Optus Sport at 8pm (AEST) on Saturday.

Again, the session was open for only the first 15 minutes before the staff shut the door on prying eyes to ensure they can put the crucial final touches on the preparation for facing Les Bleus.

It gave van Marwijk the chance to reinforce the message he’s been drumming into his players from the moment they came into camp in Turkey last month.

It was all about having defensive discipline, closing the time and space on the ball for the opposition and pressing hard, trying to win the ball and hit the opposition on the counter-attack.

The session didn’t last too long, just a chance for the players to fine-tune any last minute tactics and get a few of the venue where they’ll do battle with one of the tournament favourites.

For Leckie, he has the experience from Brazil four years ago to draw on heading into their opening match in Group C and he admits there’s a mixture of nerves and excitement amongst the squad ahead of kick-off.

“I think for every player it’s different going into tournaments or important games,” he told reporters in Kazan.

“Some will get nervous, some are relaxed, obviously for the younger ones who haven’t played much they could get really nervous. 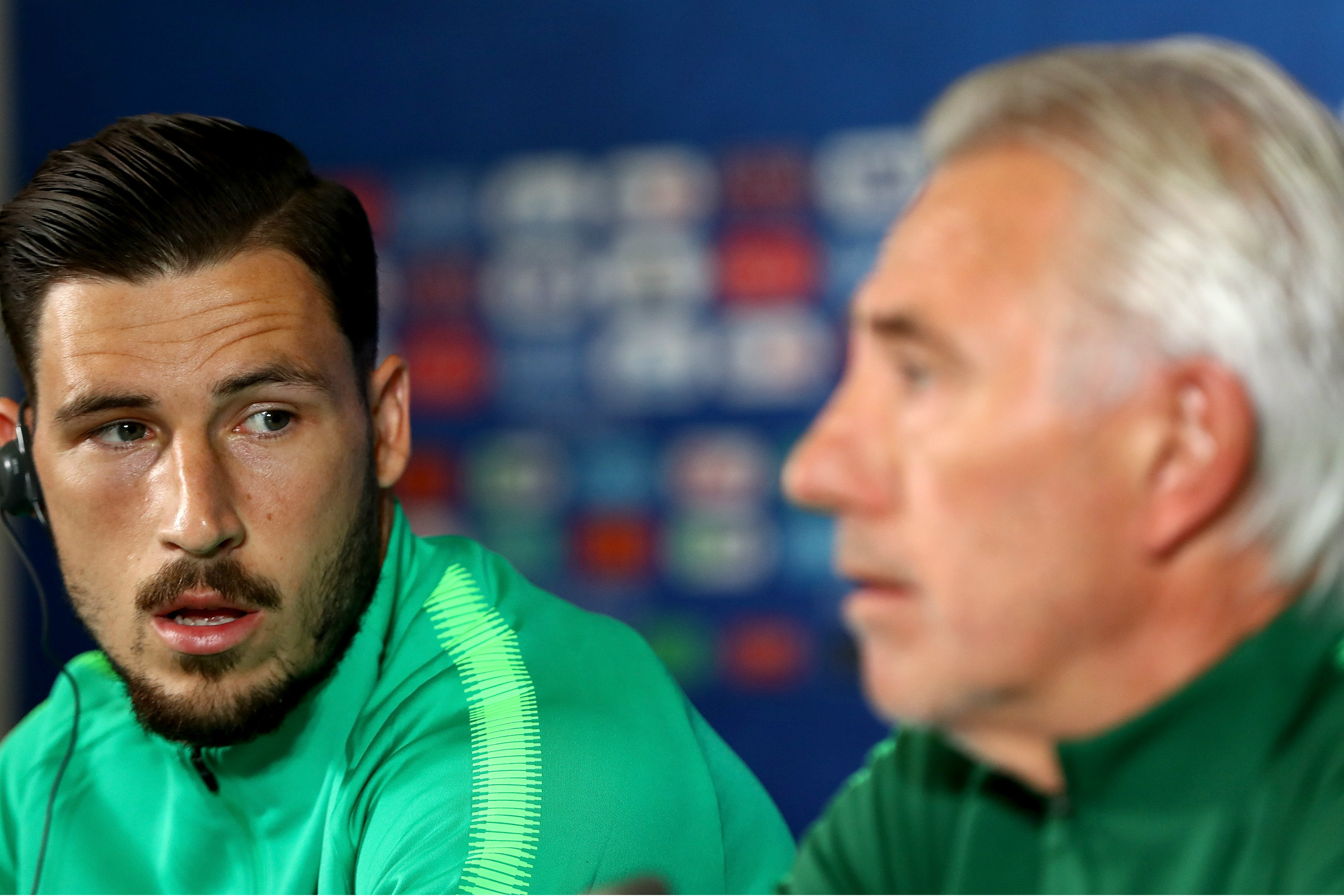 “The most important thing is to be yourself out there and instead of worrying about who you’re coming up against individually as opponents, just believe in what you’ve done when you’ve been on the pitch.

“For example, Joshy [Risdon] it’s his first World Cup and he’s been really good and settled in really well.

“He doesn’t need to worry about who he’s up against tomorrow, just play his game and that’s the advice we’ve been given.

“A lot of the players who haven’t been in the national team that long [have been told] just be yourselves, because that’s what brings the best out of you.”

The Socceroos can take confidence from the fact they’ll have the nation behind them when they head out to play Les Bleus.

The Prime Minister of Australia, the Honourable Malcolm Turnbull MP spoke to players Mile Jedinak, as well as Tim Cahill and Mark Milligan to pass on his support for the team.

And perhaps in an omen to what may happen on Saturday night, Australia has already got one up on their French counterparts in Kazan.

Ahead of the Group C opener, fans from both nation’s took part in a match at the nearby Olimp ground, with the Australian fans running out convincing 5-2 winners.

This article was originally published at: www.socceroos.com.au/news/day-27-wrap-final-touches-completed-ahead-france-clash