The key dates as Caltex Socceroos look to Russia

The first step is out of the way – Bert van Marwijk has confirmed his 32-man provisional Caltex Socceroos squad as our boys now look ahead to the FIFA World Cup.

With just 38 days to go until football’s showpiece event gets underway, there is so much on the horizon for Aussie football fans to enjoy, as we gear up to face France in game one on Saturday 16 June AEST.

A 26-man squad, whittled down by Van Marwijk next week, will assemble in Turkey on 19 May before two final preparation games.

Here are all the key dates for you to put in your calendar before our boys take on the world...

When do the Caltex Socceroos go into camp?

Bert van Marwijk and his team will assemble in the Turkish coastal city of Antalya on Saturday 19 May to begin a 20-day pre-FIFA World Cup training camp.

When does the final FIFA World Cup squad get announced?

Van Marwijk will confirm a 26-man squad to travel to Turkey next week before reducing this further to the final 23-man squad on Thursday 3 June.

This means the make-up of the Caltex Socceroos will be confirmed before they face Hungary in the second of two lead-up friendlies.

Who are the lead-up games against?

On Wednesday 2 June, the Caltex Socceroos will take on the Czech Republic in Vienna, Austria (kick-off time TBC).

The team will then face Hungary in Budapest on Sunday 10 June, 1.30am AEST. 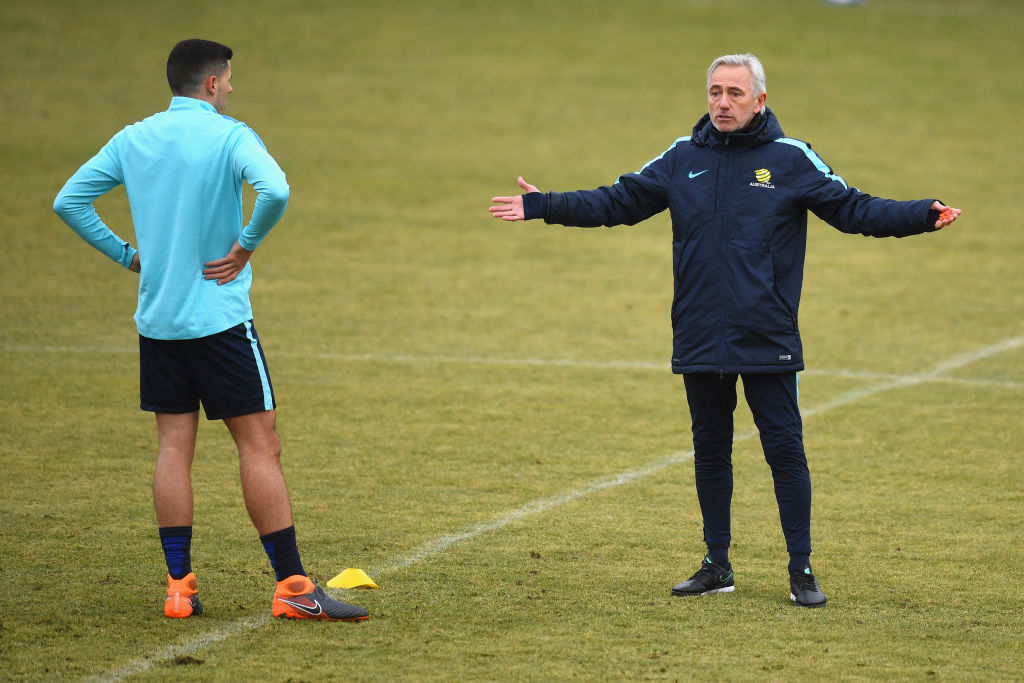 When do they head to Russia?

After the Hungary game, Van Marwijk’s men will arrive in Kazan for a six-day training block before the opening game against France – which is to be played in Kazan.

Who do we play at the FIFA World Cup?

This article was originally at: www.socceroos.com.au/news/key-dates-socceroos-world-cup-2018