Risdon and Socceroos land in Sochi

The Socceroos have arrived in Sochi, travelling from their Kazan base camp ahead of Wednesday morning’s clash with Peru.

The final Group C match of the FIFA World Cup™ will kick-off at 12am AEST Wednesday 27 March – live on SBS and Optus Sport – and just one training session remains before kick-off.

Sunday saw the Socceroos put through their paces in one final session in Kazan, following their rare day off on Saturday.

With skipper Mile Jedinak and Tomi Juric fronting up for a pre-training press conference, Bert van Marwijk’s session was then shut off to the media after 15 minutes as preparations continued for the game against Peru.

Temperatures soared up towards the 30-degree mark for the late morning session, where the players competed in a training game and some finishing before returning to base camp and then travelling to Sochi. 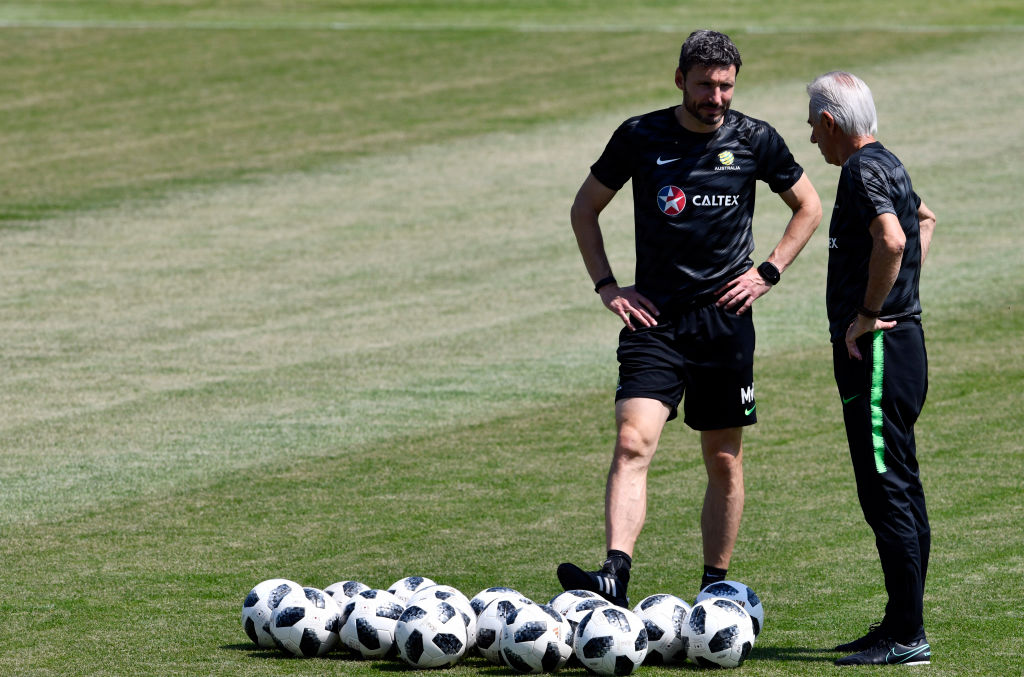 The two and a half our flight to Sochi – which is located near the Georgian border – coincided with the kick-off of the State of Origin, with the New South Wales and Queensland players cramming around Mat Ryan’s phone as he live streamed the event.

Sochi – and the Fisht Stadium – is a city the Socceroos are familiar with, having played out a narrow 3-2 loss to 2014 FIFA World Cup™ champions Germany in last year’s FIFA Confederations Cup™.

The players will have one final training session – a familiarisation session at Fisht Stadium – on Monday afternoon before the game against Peru.

A win is a must for Australia, who also need France to defeat Denmark in the simultaneous kick-off to ensure progress through to the Round of 16.

This article was originally published at:  www.socceroos.com.au/news/day-36-wrap-socceroos-land-sochi-face-peru