Caltex Socceroos defender Josh Risdon is having the time of his life at the FIFA World Cup training base.

Living every footballer’s dream – set represent his country at the FIFA World Cup™, the Western Sydney Wanderers right back is also set to take on some of world football’s best attacking talents.

Australia take on France in Group C’s opening game – Saturday 16 June at 8pm, live on SBS and Optus Sport – and Risdon could see himself face off against attacking weapons such as Antoine Griezmann, Kylian Mbappe and Paul Pogba.

Or so he hopes.

“Nothing is ever sure in football but I’ve played the last two friendlies so hopefully I’ve put my best foot forward. I’ll do my best to start that game [against France],” Risdon said at Tuesday’s pre-training press conference in Kazan, Russia.

“There’s no secret that anyone they put out on the pitch will be tough to come up against but the mindset doesn’t change for us individually or as a team. 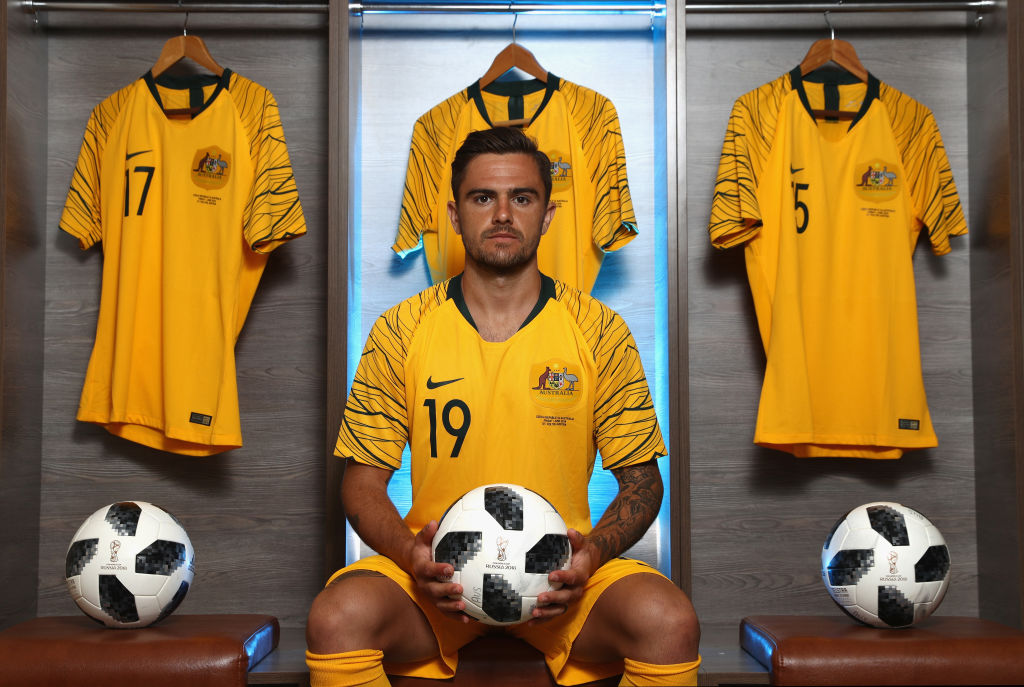 “We work on the way we want to play, against any side, and that’s what Aussie sport is all about – the bigger the occasion, the bigger the opponent, the more we get up for the game. We’re looking forward to the test.”

Risdon added: Their front five or six are very dangerous and threatening so that’s always going to be in the back of your mind, just to be wary of that. But I try not to change my game too much.

“They’re also dangerous on the counter-attack, they have some lightning quick players up front so I might not go forward as much as I have done in previous games but I won’t change too much.”

Yet for Risdon, the prospect of coming up against big names and testing himself against a favourite for the tournament in Russia is not the only thing exciting.

The 25-year-old was one of the last Caltex Socceroos to arrive in camp in Turkey in May, his arrival delayed by his wedding to partner Ebony.

With his selection in Bert van Marwijk’s final 23-man squad sealed after an impressive display in a pre-FIFA World Cup™ friendly against the Czech Republic, Risdon has had to post-pone his honeymoon until after the Russia tournament ends.

“It’s been a big six weeks for me and I’m just trying to soak it all in, I’m loving every minute of it,” Risdon declared.

But in the immediate future, the Hyundai A-League star will be gearing up with his teammates for the opening game against France, with a training schedule that focusses on getting the players feeling fresh and ready for the big challenges ahead.

Risdon added: “We will lead up into the France game but it will be a lighter week, focusing more on tactics and stuff we want to perform in the game.

“Training facilities here are amazing, the pitch is great and all the boys are keen to get out in training.”

This article was originally published at: www.socceroos.com.au/news/risdon-its-been-a-big-six-weeks-im-loving-every-minute