The Caltex Socceroos have just two days left in Antalya, Turkey before they take the next steps on the road to Russia.

With the FIFA World Cup™ now just eight days away, and Australia’s first group game against France just 10 days away, what happens on the training park is all geared towards finely tuning the team’s tactics.

Tuesday's session in Turkey saw a continuation of recent days where, beyond the first 15 minutes, training was shut off to prying eyes.

With Bert van Marwijk and his players having just one more tune up game – against Hungary in Budapest at 1.30am AEST Sunday, live on Fox Sports and Network Ten – training is of vital importance to the Caltex Socceroos.

After warming up with head physio Les Gelis, the players went through an intense 15-minute running exercise before moving into a familiar passing exercise to focus on repetition and understanding among the players.

Then, it was a change of pitch as the session moved behind closed doors.

But away from the pitch there was an important arrival for the players, to help provide them with some feelings of home comforts as they look towards the FIFA World Cup™.

With an afternoon media session, there was a notable new face in camp, with Aziz Behich organising his barber to travel down from Istanbul to Antalya to do haircuts for players and staff.

Besides looking good, the players and staff are also made to feel good thanks to one of the secret weapons in Caltex Socceroos camp – chef Vinicius Capovilla, aka Vini.

Vini has been a constant fixture with the Caltex Socceroos and Westfield Matildas since the 2014 FIFA World Cup™ in Brazil, where the São Paulo was brought in to provide high quality, nutritious and fresh food.

Since then, Vini has also gone on to become one of the faces of the ALDI MiniRoos, releasing a kid-friendly cookbook. But it’s when he’s travelling with the national team, taking charge of the kitchen alongside his sous chef, where he has the most impact.

”We’re very privileged to have Vini on board with us and we’re thankful to have Vini come in because it makes everything so much easier,” attacker Robbie Kruse told socceroos.com.au during a Qantas filming shoot.

“We know the food is safe, he works really hard and obviously the quality of the food he dishes up is top notch and you feel like you’re eating at a top restaurant when you’re at the buffet. To have that at breakfast, lunch and dinner is really good for the team.”

So what are the players’ favourite foods to eat in camp?

For Mat Leckie: “It has to be his pasta set up or his omelettes in the morning.” 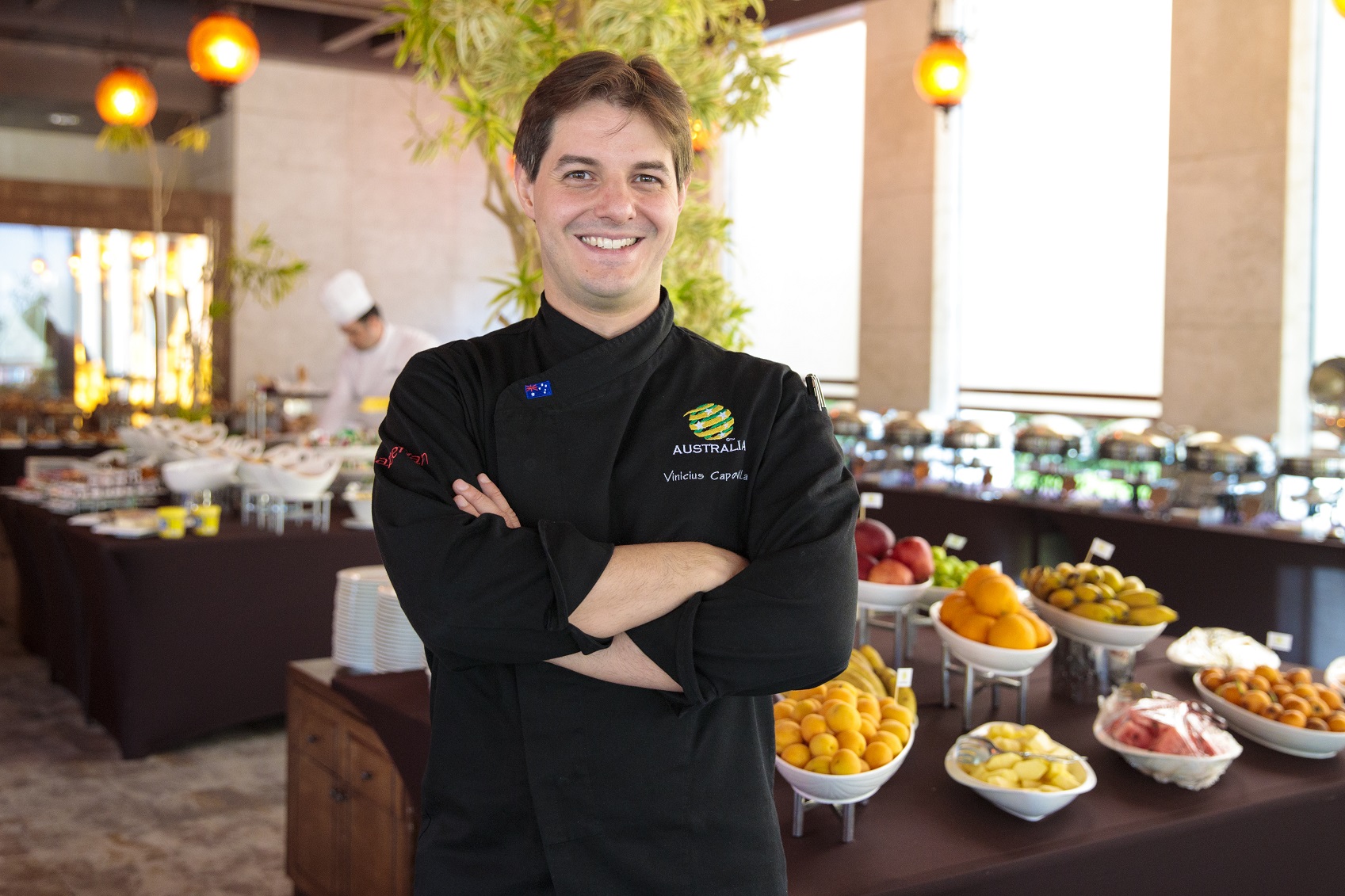 Vini’s pumpkin soup has also earned rave reviews from Tomi Juric, Dimitri Petratos is a big fan of the roast chicken and Aaron Mooy loves just about anything and everything that comes out of the kitchen.

But after 17 days in camp, Mark Milligan is look forward to the surprise meal.

He explained: “He normally spoils us mid-camp with ribs or something just to change it up.”

The Caltex Socceroos will finalize their FIFA World Cup™ preparations against Hungary on Sunday morning at Groupama Arena in Budapest, kick off at 1.30am AEST live on Fox Sports and Network Ten.

This article was originally published at: https://www.socceroos.com.au/news/day-17-wrap-secret-weapons-behind-scenes-caltex-socceroos-camp