The Spanish marquee nodded home a last-gasp winner to give his side a 1-0 extra-time victory over Wellington Phoenix in the Westfield FFA Cup Round of 32 last night.

“I scored in the last friendly game, so it's a very good start.

“ But I want to score more goals and win more games,” he said. 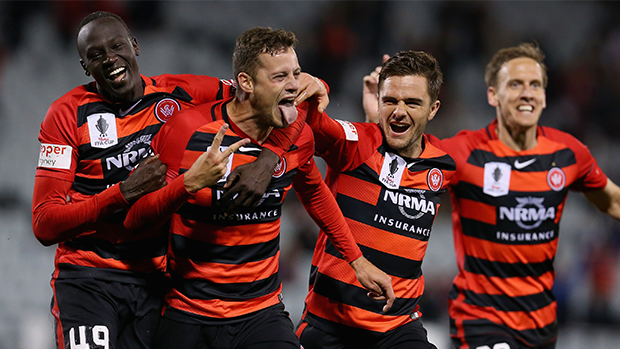 With the tie seemingly headed for a penalty shoot-out after 120 goal-less minutes, Riera rose highest to guide home Roly Bonevacia's left-wing corner and send Western Sydney into the last 16.

And Riera says they always had faith a goal would come.

“It's a long pre-season, so we have time to [get] fit and improve a lot of things.

“It's only the first game, but we need more,” said Riera.

This week, our Wallpaper Wednesday heroes are Kristen Hamilton and Lynn Williams.

Wanderers Kristen Hamilton and Lynn Williams have both earned a spot in the Professional Football Association (PFA)'s Westfield W-League Team Of The Year.