Proudly wearing the new strip the Caltex Socceroos will wear at the 2018 FIFA World Cup in June is starting to make things feel more real for defender Josh Risdon.

The 25-year-old was one of the first players to try the new kit on at the official launch in Marrickville on Thursday night.

Risdon has the incentive of trying to lock down a spot in Bert van Marwijk’s squad for the tournament in Russia where he’ll get to wear the jersey against the likes of France, Denmark and Peru.

“That moment would be unreal. It’s something you work towards for your whole career and from when you are a young kid,” Risdon told https://www.socceroos.com.au/.

“It’s one of those moments you would definitely cherish.

“When you look down and see that yellow kit you’ll know you have the nation behind you and it will give you a lot of confidence going into the games.”

Risdon was a part of van Marwijk’s first squad for two friendlies last month and started against South American powerhouses Colombia in London. 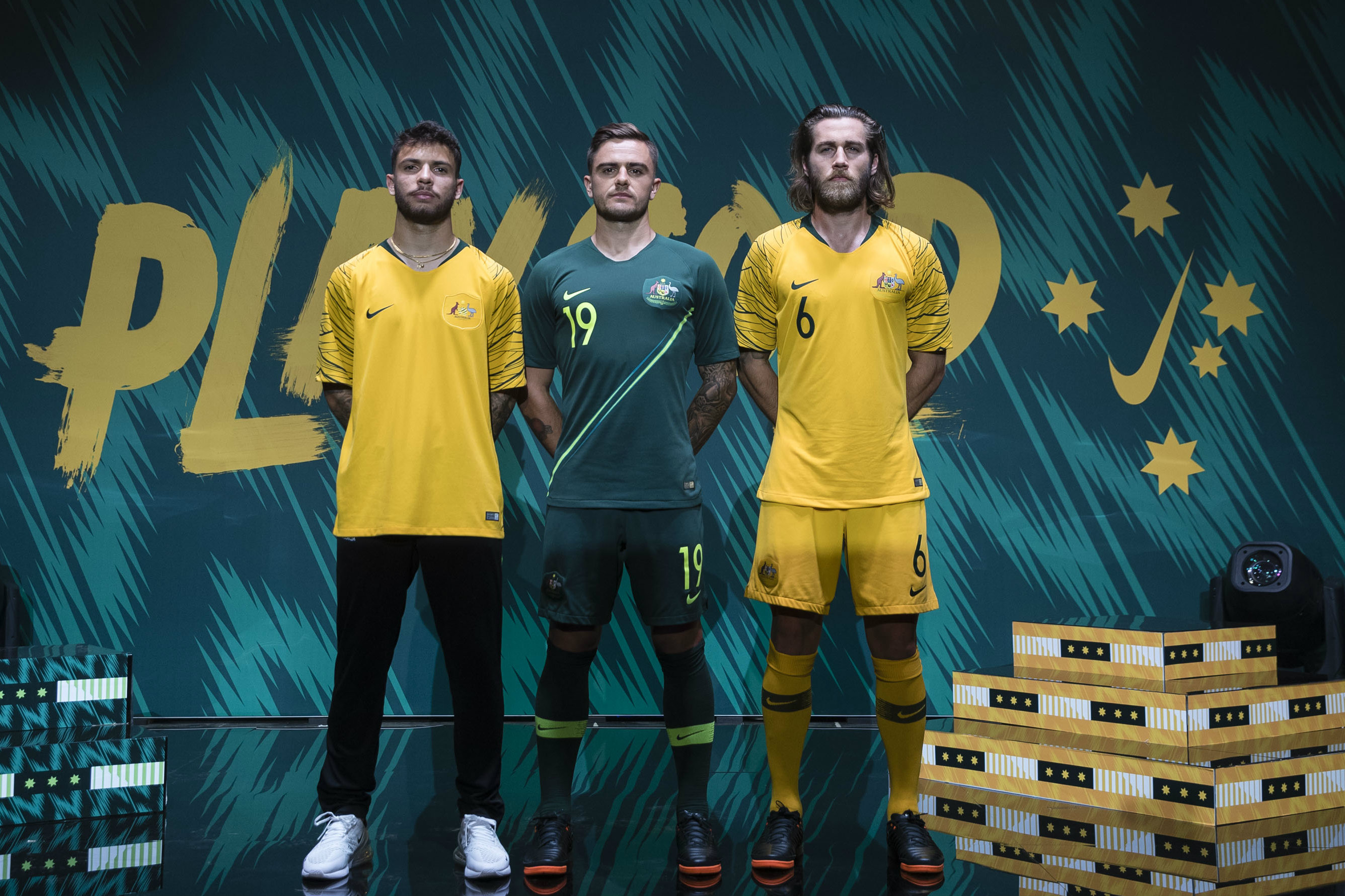 He said the 10 days under the new boss was hugely beneficial and is confident the team can reach its peak in time for their opening Group C clash against France on June 16.

“It’s very good vibe. There’s a new coach but the squad is mainly the same which is good,” the Western Sydney Wanderers defender said.

“Everyone is very positive at the moment.

“That week-and-a-half we were away we had two very good hit-outs and come the end of May when we have a few more sessions and games under the belt, we’ll be ready to go.”

Risdon was wearing the Caltex Socceroos new away kit on Thursday night, which is a return to the dark green from years gone by.

“I think it’s really awesome…we’ve gone back to the green which I think is really good and we haven’t seen it for a while with the Socceroos.

“I think it’s a very bold kit. The home one’s a bit more retro but this is more of a modern one with the fluoro stripe.

“It feels good on and hopefully I can be wearing this in Russia.”

This article was originally published at: www.socceroos.com.au/news/world-cup-dream-closer-reality-caltex-socceroo-risdon